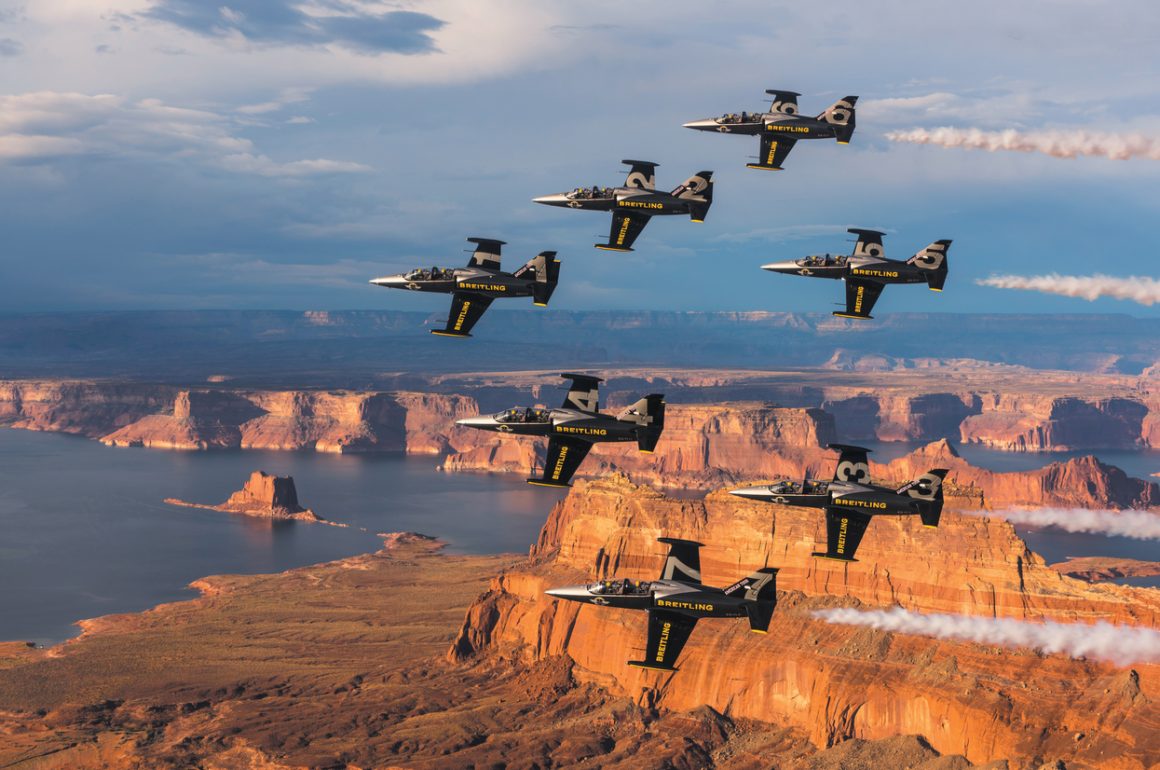 The world’s largest civilian professional aerobatic display team flying on jets has officially completed the two-year tour of the United States and Canada that marked its first tour in American territory. On this “Breitling Jet Team American Tour”, the pilots of the seven L-39C Albatross thrilled crowds with some simply breath-taking performances, flying less than three meters apart from each other at speeds of around 700 km/h. After taking part in 30 airshows, giving 70 public demonstrations, touching down in 35 American states and covering a whopping 46,300 kilometers the ambassador of the independent Swiss watch brand bid farewell to the New World on October 21st to 23rd at the first Breitling Huntington Beach Airshow, in California. 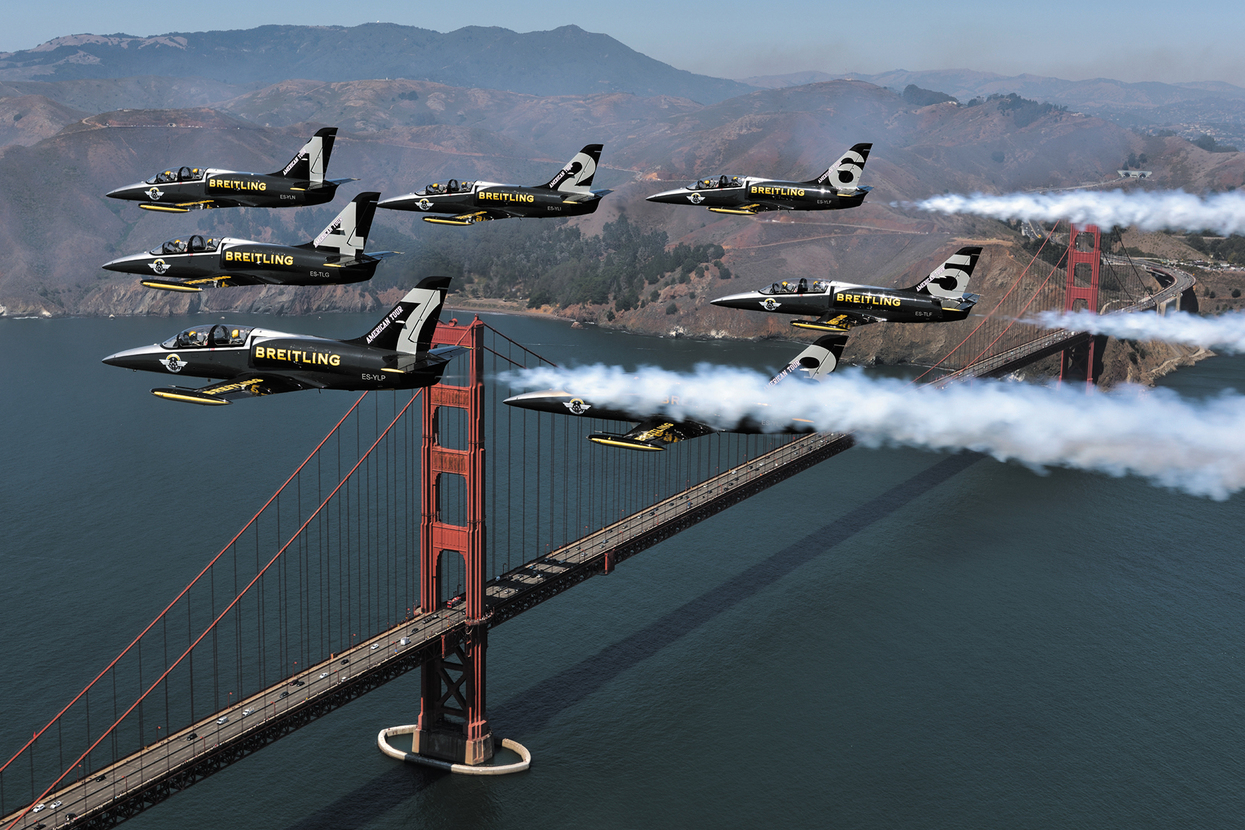 “The American Tour has been an absolutely incredible experience” said Breitling Jet Team Leader, Jacques Bothelin. “We have been privileged to share Breitling’s passion for aviation with hundreds of thousands of fans and to experience unforgettable moments, such as flying over Manhattan.” 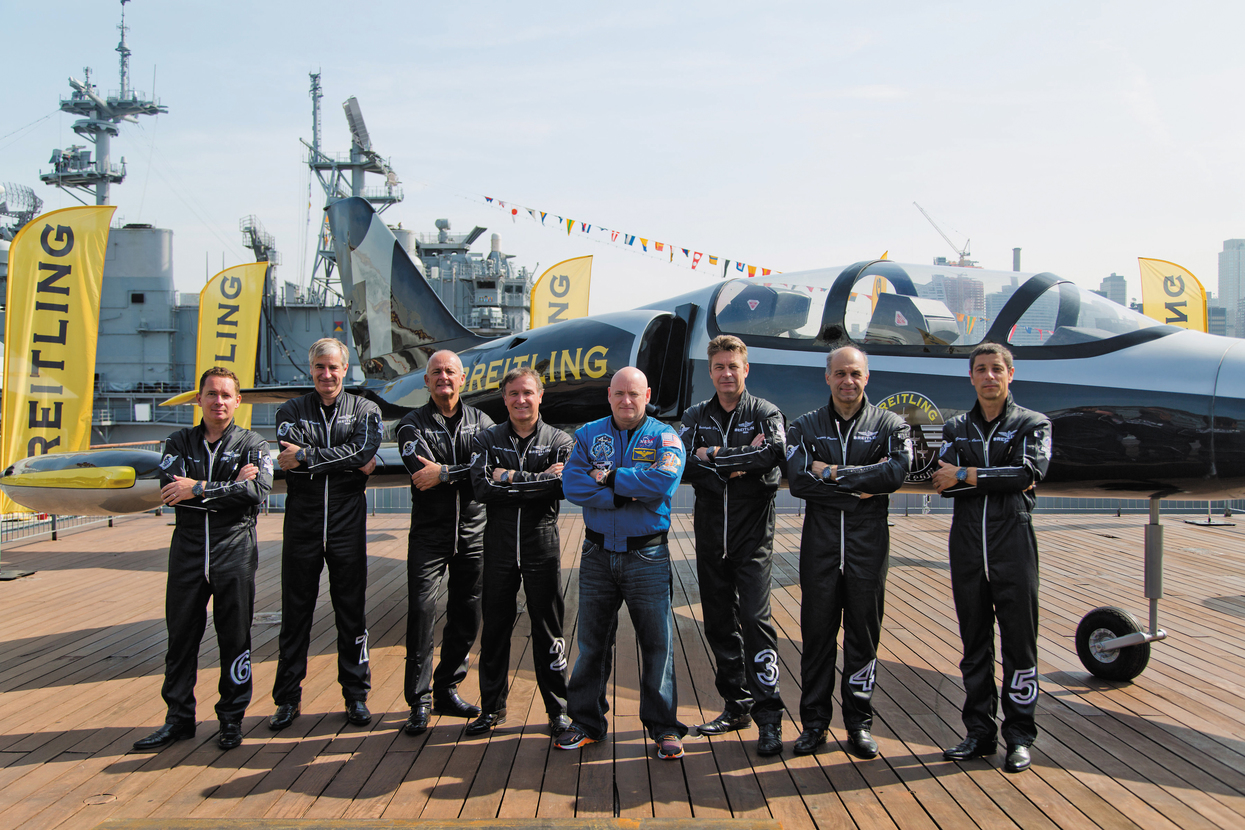 The Breitling Jet Team performed some incredible stunts over much of the United States landmarks including the Grand Canyon, Mount Rushmore, the Golden Gate Bridge, Zion National Park and Monument Valley. The team was able to demonstrate its expertise and professionalism by welcoming on prestigious passengers, including Mark Kelly, a U.S. Navy veteran and retire NASA astronaut. Other exceptional passengers included pilots from the Navy Blue Angels and the Canadian Air Force Snowbirds who enjoyed the pleasure of flying without taking to the cockpit!

“A French team flying on Czech jets and supported by a Swiss watch brand was a first for the American authorities. But having admired its performances in Europe, I knew we just had to have the Breitling Jet Team come to the United States”, said Jim DiMatteo, U.S. Navy veteran and director of the Breitling Jet Team American Tour. “We cooperated closely with the FAA [Federal Aviation Administration] to negotiate a new framework enabling the team to perform in North America. It took a great deal of work and determination, but I’m proud of the result.” 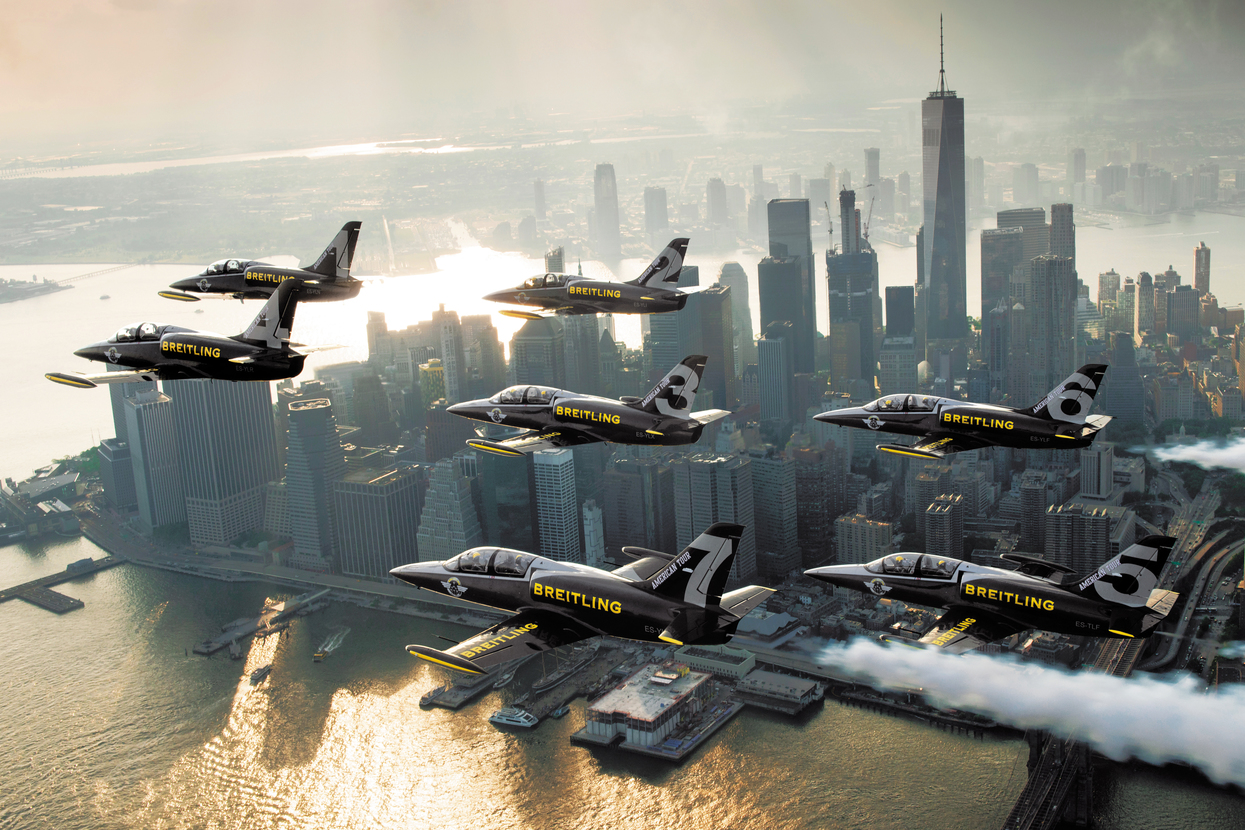 Breitling set up the Breitling Jet Team some 13 years ago to share its passion for aerobatics with its’ audience. Equipped with fast and powerful aircrafts flown by highly skilled pilots, this team is unique in its world and a perfect demonstration of the values that are close to Breitling: Performance, Precision, Aeshetic Sophistication and Innovation.