Zenith and Land Rover BAR: Two Legendary Brands That Share A Taste For Challenges And Success 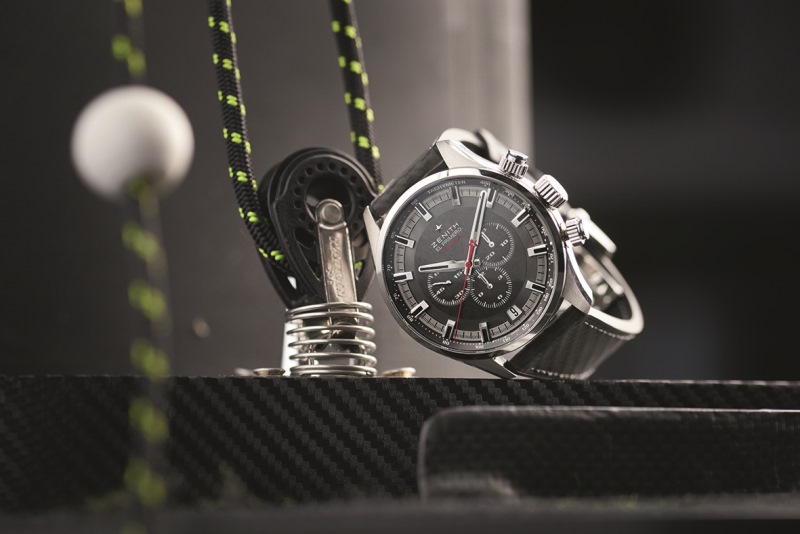 After the announcement of the long term association between Zenith and Land Rover and with such beautiful timing, Land Rover BAR has taken the opportunity to make Zenith an official partner in the first ever America’s Cup racing in Asia. An important new collaboration to emphasise the strength and significance of a global partnership that is geared towards excellence and performance. Aldo Magada, President and CEO of Zenith and Ben Ainslie, Skipper and Team Principal of Land Rover BAR unveiled the news at a joint press conference in Fukuoka, the official venue for the final racing int eh Louis Vuitton America’s Cup World Series.
Aldo Magada commented: “ At Zenith we are proud and honoured to be partnering with Land Rover BAR as the logical continuation of our global partnership launched last September in Paris with Land Rover. This is a fantastic project that will witness the convergence of our experience in terms of innovation and technology. We can’t wait to start work with Sir Ben and his team! Sailing connoisseurs can expect plenty of surprises, stemming from the combined expertise of two avant-garde actors sharing the same philosophy of excellence and precision.” 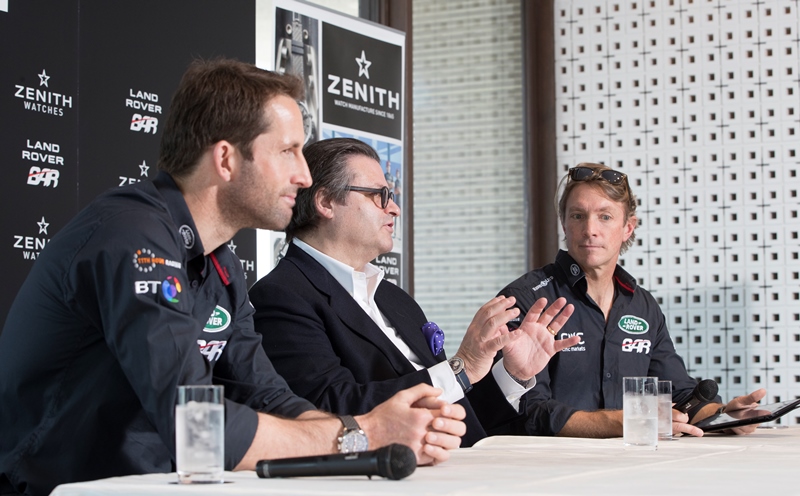 Ben Ainslie and his team will all become global brand ambassadors, sporting the Zenith El Primero Sport model. The 45mm-diameter steel  case houses the signature El Primero 400 B automatic chronograph, with a movement featuring an integrated column-wheel construction and beating at a cadence of 36,000 vibrations/hour.
The watch has inherited the DNA of the famous 1969 El Primero, the world’s most precise series-made chronograph. Founded in Le Locle in Switzerland, not long after the first America’s Cup in 1851, Zenith has won over 2,300 chronometry awards in the century and half their existence. 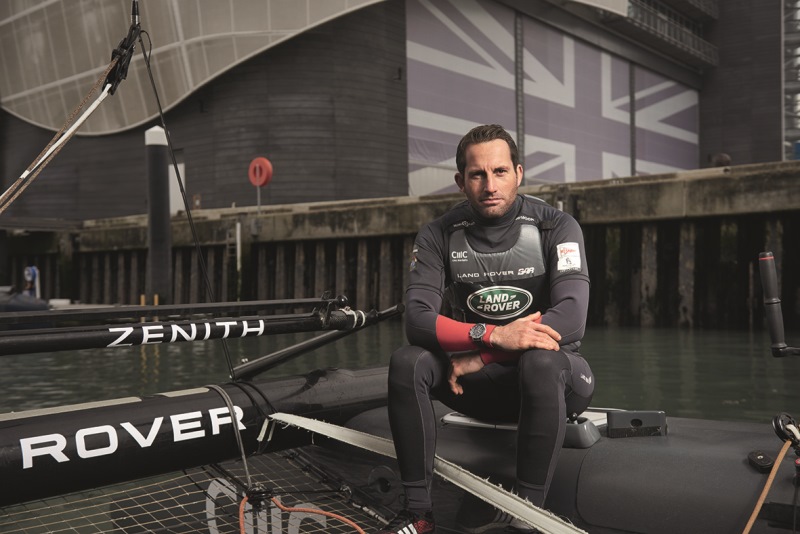 Team Captain of Land Rover BAR said, “Zenith’s reputation for quality and precision makes them the perfect fit for Land Rover BAR, and we’re delighted that they are joining our quest to bring the Cup home. We have been working with Zenith to capture the essence of this challenge, and we look forward to launching the Land Rover BAR El Primero in a few months.”
Share: