February 1, 2018 by timejournal No Comments 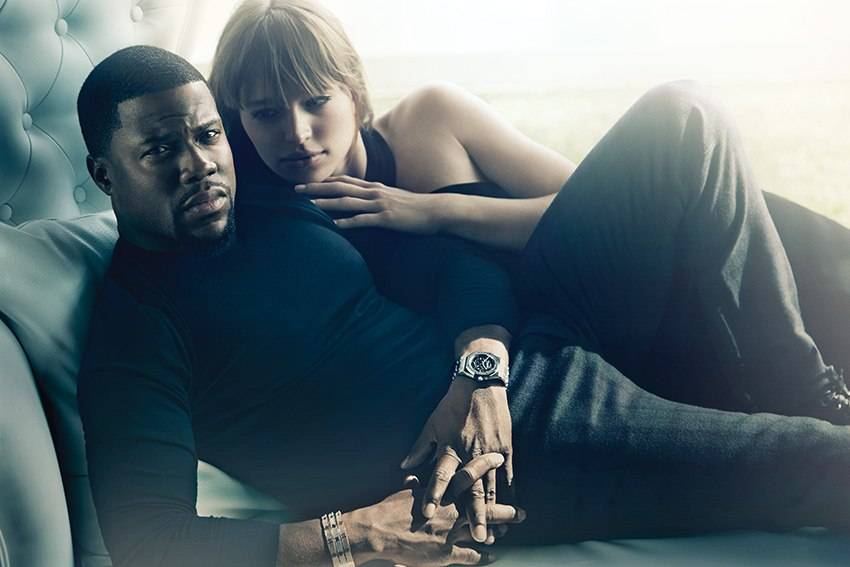 Kevin Hart is currently one of Hollywood’s most admired stars. Known for his hilarious comedy sketches (on screen and off), Hart has established a loyal following and strong social media presence. While some of his films are pretty amusing, I prefer to follow him for his trendsetting style and, of course, his insane collection of wristwatches.

It all began with a Submariner…

Back in 2015, Kevin Hart disclosed his enviable collection to the online world and discussed his passion for watches during an interview with Haute Time. Whilst in talks, Hart revealed that his first ever purchase was a Rolex Submariner that was later accompanied by a Rolex Stainless Steel Daytona. The famed comedian also mentioned that for him, its not all about looking ‘cool’, but he has a serious interest in watch collections and admires the skillful craftsmanship of watchmakers. 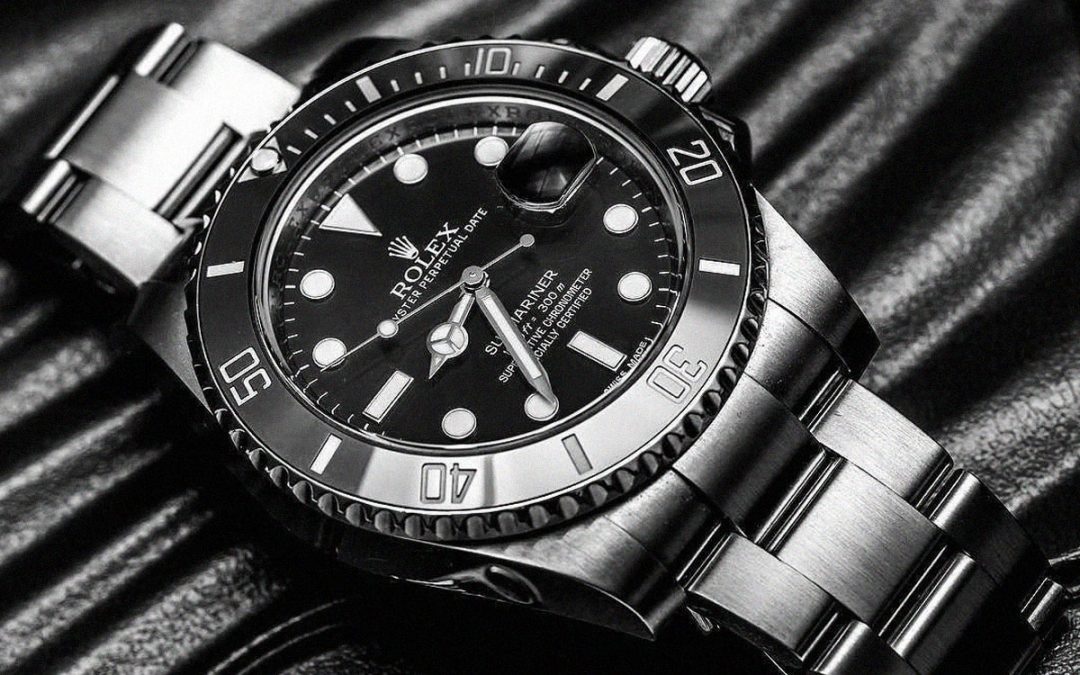 For Hart, his watch collection tells a story of his life’s accomplishments having added to the collection every time he finished an international comedy tour, film, or advertising campaign. Hart admitted that at the beginning he only purchased luxury watches he could either afford or had knowledge on, however as his financial situation grew, so did his watch collection.

The ‘Get Hard’ star not only collects watches for their desirable appearance, but because they are wise investments that hold their value (if not increase considerably).

(Some of Hart’s wristwatches)

It would be impossible for me to talk about all of Kevin Hart’s watches in detail within my word limit, so I’ve decided to pick and share with you my four favourite pieces.

Hart admitted that he loved the Rolex brand and that his favourite watch was most probably the Daytona, because not only is it stylish, it’s a wise investment. The platinum case houses a 4130 movement, a calibre that enhances the watches reliability, and a stunning ice blue dial, which is complemented by the brown ceramic bezel. This is one for the serious collectors out there…smart, sophisticated and sporty all in one. 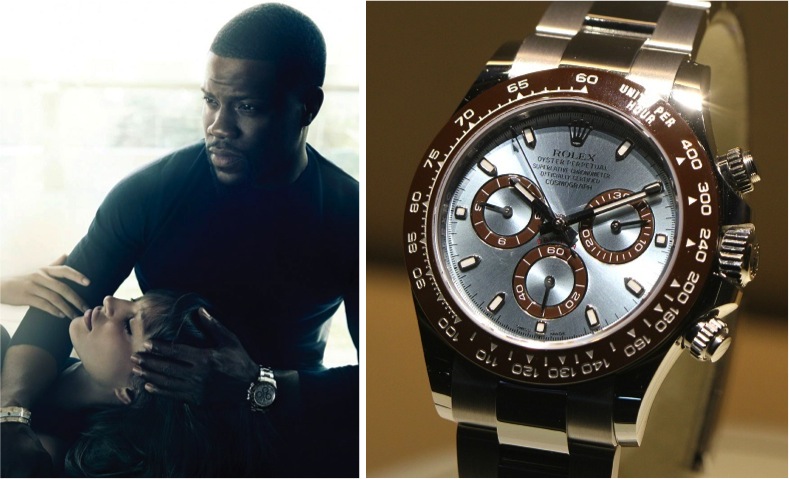 Probably one of the easiest watches to recognise from a distance is the Richard Mille Bubba Watson. The incredible craftsmanship and mechanical complexity is clearly visible for all the world to see. The skeletonised and transparent dial, an iconic Richard Mille feature, reminds the wearer everyday of the skill and talent of Richard Mille watchmakers (arguably some of the best in the world). This is a watch that is guaranteed to turn heads! 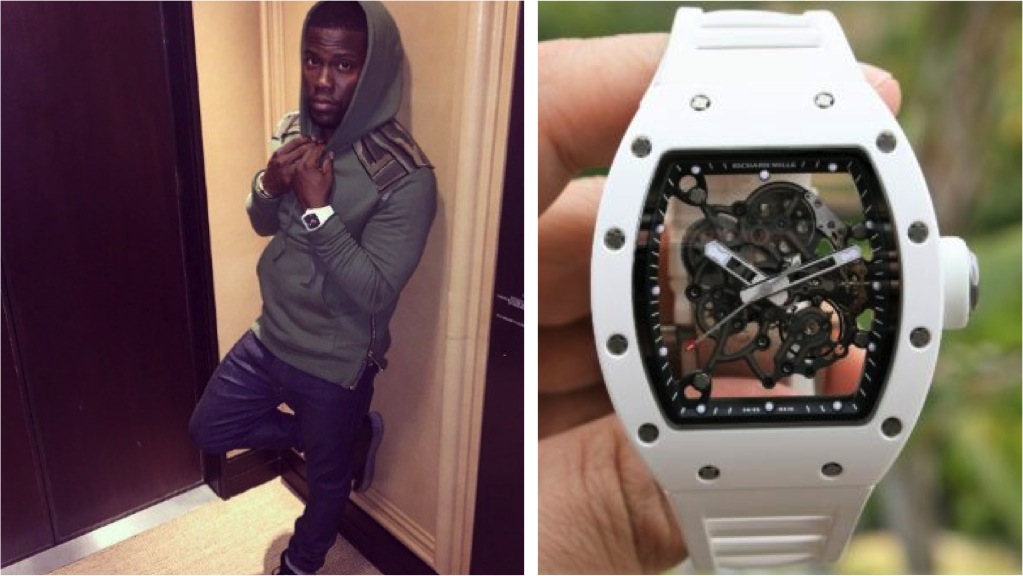 One of Hart’s more elegant and classic looking timepieces is the Rolex Cellini Moonphase. The Moonphase and Bubba Watson, two wristwatches that couldn’t be more different, confirms that Kevin Hart prefers to keep his collection varied (good news for when it comes to choosing a watch for different occasions!)

Rolex claims its Cellini model is a ‘contemporary celebration of classicism and the eternal elegance of traditional timepieces’, and to be honest we can’t disagree. The 18ct rose round face and traditional linear hour markers and hands are perfectly complemented by the unique double domed and fluted bezel. The Cellini is the perfect wristwatch to complete any evening wear. 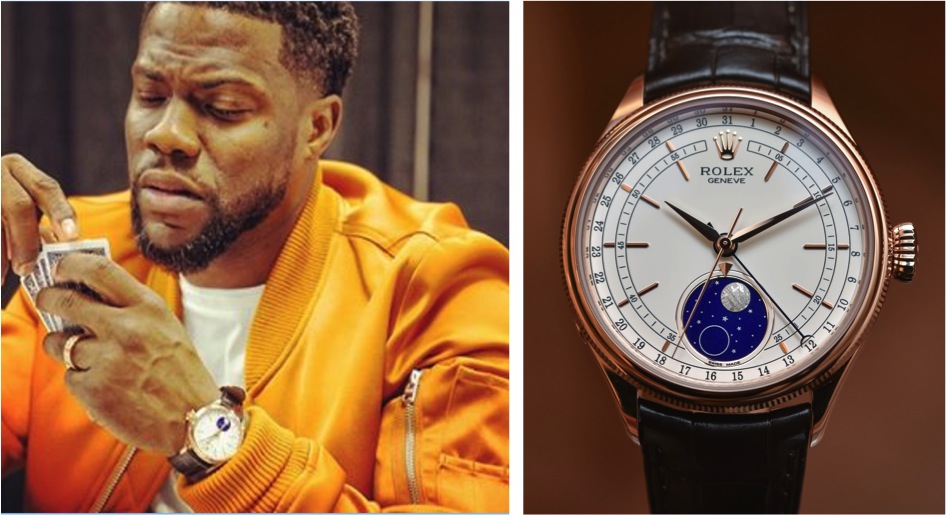 The Nautilus 5980r is probably one of the most popular Patek Philippe models ever made. Though marketed as a sports watch, the 5980r is a multipurpose wristwatch that can be worn for various occasions. 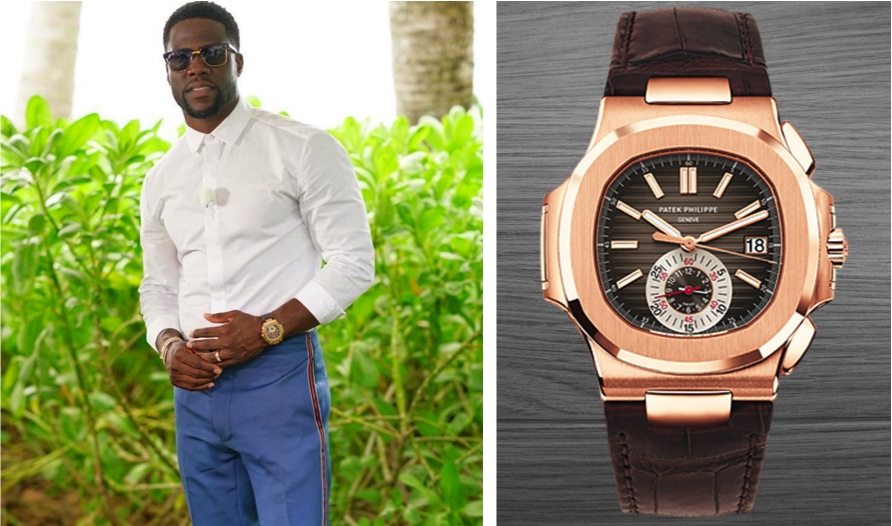 Well it’s fair to say that the man has a hell of a lot of watches, and Hart is continually adding.

Since Hart only adds to his collection when a film or tour finishes, the release of his new film ‘Jumanji’ and his ‘Irresponsible’ tour can only mean one thing… Kevin Hart will be searching for new luxury pieces to add to his crazy collection (word is he’s hoping to invest in an IWC or a new Audemars Piguet)!